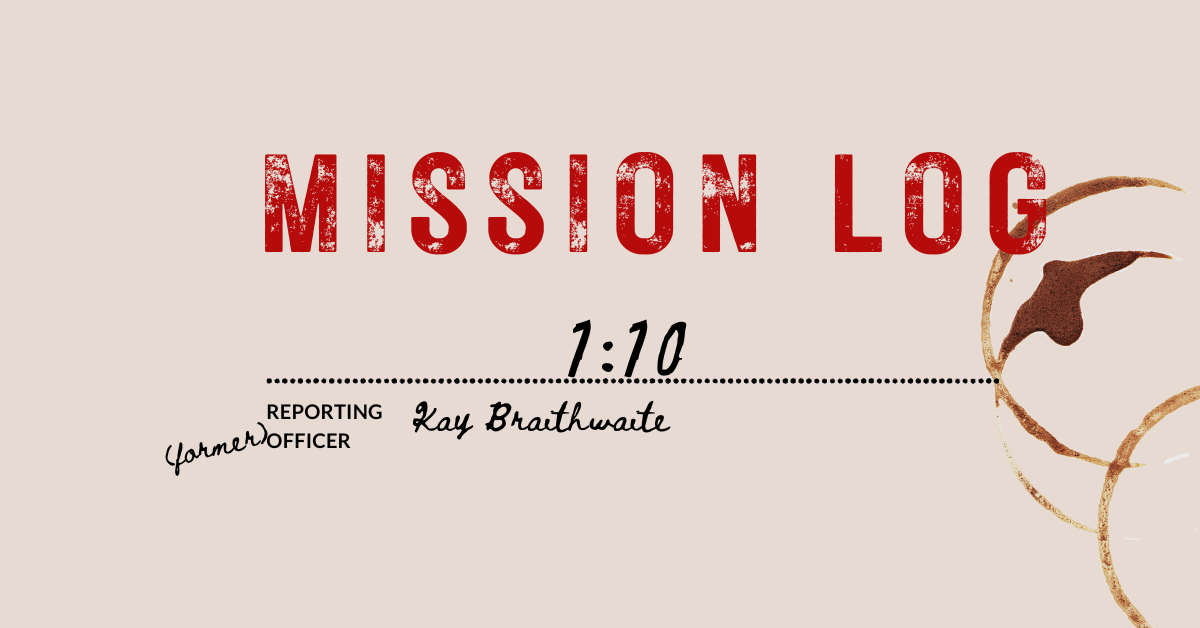 Standing in the shadow of the magically activated staircase, Cane gave me a wry smile. I didn’t even know the man’s lips could bend that way. “No? I’m beginning to.”

“It’s the wrong way,” Ford pointed out. Unnecessarily, but that’s Ford for you.

“There’s an open bridge on the other side of the perimeter,” Cane said. “It connects our part of the station to that middle bit. If we can’t get that door to open, we can skirt around to the other side and follow my route back to the camp.”

Ford’s frown deepened. “On that tiny little ledge? Be serious.”

“Do you see another route?” I asked. “A miraculous medical bay? An elevator?”

Ford pointed at me. “I see you two trying to start a conspiracy.”

“A conspiracy to what? Survive?”

“To take control of the station. You made the stairs move. I know you did.”

Ignoring our argument, Cane dropped the first aid kit on the floor and started up the steps. Either he expected one of us to stay and tend to what injuries we could see, or he was past caring.

“This isn’t the time for politics,” I said, then followed. “Stay with Bertie, will you? He needs a friend.”

David settled himself on the floor next to Bertram. “You three go. Argue about it on the way. I’ll stay with the kid.”

Trust David to see sense. Sometimes I think he’s the only one here who’s got any. Him and Mila, anyway.

I may or may not be included in that list. Depends on the moment.

I didn’t love the idea of leaving him behind, but so far the biggest threats we’d encountered were some rusty mechanisms, and our own inattention. I had to believe he’d be OK.

If descending the steps was difficult, ascending was harder. Not least because I was now aware that they could—and would—retract without warning. Cane might have activated them that first time, but unless he could speak to them telepathically, he’d had nothing to do with their disappearance.

Or with this set’s reappearance.

By the time we reached the top, I was just glad the station wasn’t sending us any ghostly voices. We must have twisted halfway around the huge cylinder in the center of the station; my brain was starting to get a sketchy picture of the station’s guts. A cylinder at the center, with these garage doors that separated it from the rest of the station by retractable bridges. If I believed Cane’s info, which I did. Why shouldn’t I? The man might be mysterious as [expletive], but he had no reason to lie to us.

The question was, what was inside? The station’s controls that Mila and I had gone searching for? Storage? A suite of luxury apartments?

I thought we’d have to break down the door to find out, but once again, the station had other plans. As soon as we reached the top of the steps—Ford and me heaving to catch our breath, Cane stoic as ever—the door gave a massive, thunder-like shudder and began to roll open.

I need to stop letting this place surprise me. The station had given us the stairs; why not the door next?

The first thing I registered was the humidity, a wave of sweet warm fog that rolled out from under the door with promises of tropical soil.

The second thing I registered, as the door trundled open, was the green. Greenery at my eye level, greenery coating the floor, greenery extending above my head in glorious fronds.

“It’s a jungle,” Ford said, and for once I agreed with the man, even if the fact didn’t seem to need stating.

Cane was already sidling up to the door, scoping the place out as if he expected an ambush. But the leaves just sighed as we passed between them. The air was thick and warm, but in a comfortable kind of way. I’d pick up a sweat if I tried going for a jog, but a slow walk was just fine.

The greenery wasn’t just pretty, and it was clearly doing a lot more than making oxygen. Which would’ve been enough, on a station like this. The trees were stuffed with fruit, too; bananas and coconuts I recognized, while the rest looked like something out of a fairy tale. Bulging scarlet berries clustered on vines, heart-shaped fruits with mottled skin of green and yellow. As we tiptoed deeper inside, I even heard the trickle of running water.

Water. Food. Oxygen. The place might have been paradise.

Which was exactly why I didn’t trust it.

Ford looked like he did, though. The man was practically salivating as he looked around, like he could sense the favor he’d gain by taking credit for the place. As if he’d built it.

“This place is great,” I said, hoping to temper his enthusiasm, “but it’s not going to save Bertie. I say we tromp on back to camp, pick up Sandy, and come back to explore. We can’t tell anyone it’s here until we’re sure it’s safe.”

Cane gave a curt nod, his mouth set in a grim line. From him, that was as good as a full-on cheer.

After a moment, Ford nodded, too, if reluctantly. Even he had to see that this place was too good to be true. And if it turned out that everything was fine and dandy, never hurt to double check ahead of time. Just to be sure.

“Bridge’s off this way,” Cane said, motioning along the path straight ahead. We followed him through the jungle and straight out the other side.